It began on a whim in November 2014. A risky opportunity with no real prior business or apparel decoration experience, owner Mikey Fornicoia decided to take the risk and go after his dreams of owning his own business. After two grueling years as a solo enterprise in a shared space, it was time to go big or go home. We went big. The shop moved to its own space in Apple Valley, hired our first employee and have grown exponentially since then. We now have 6 amazing full-time employees and the best dang clients we could ever ask for! Thank you for all of your love & support! 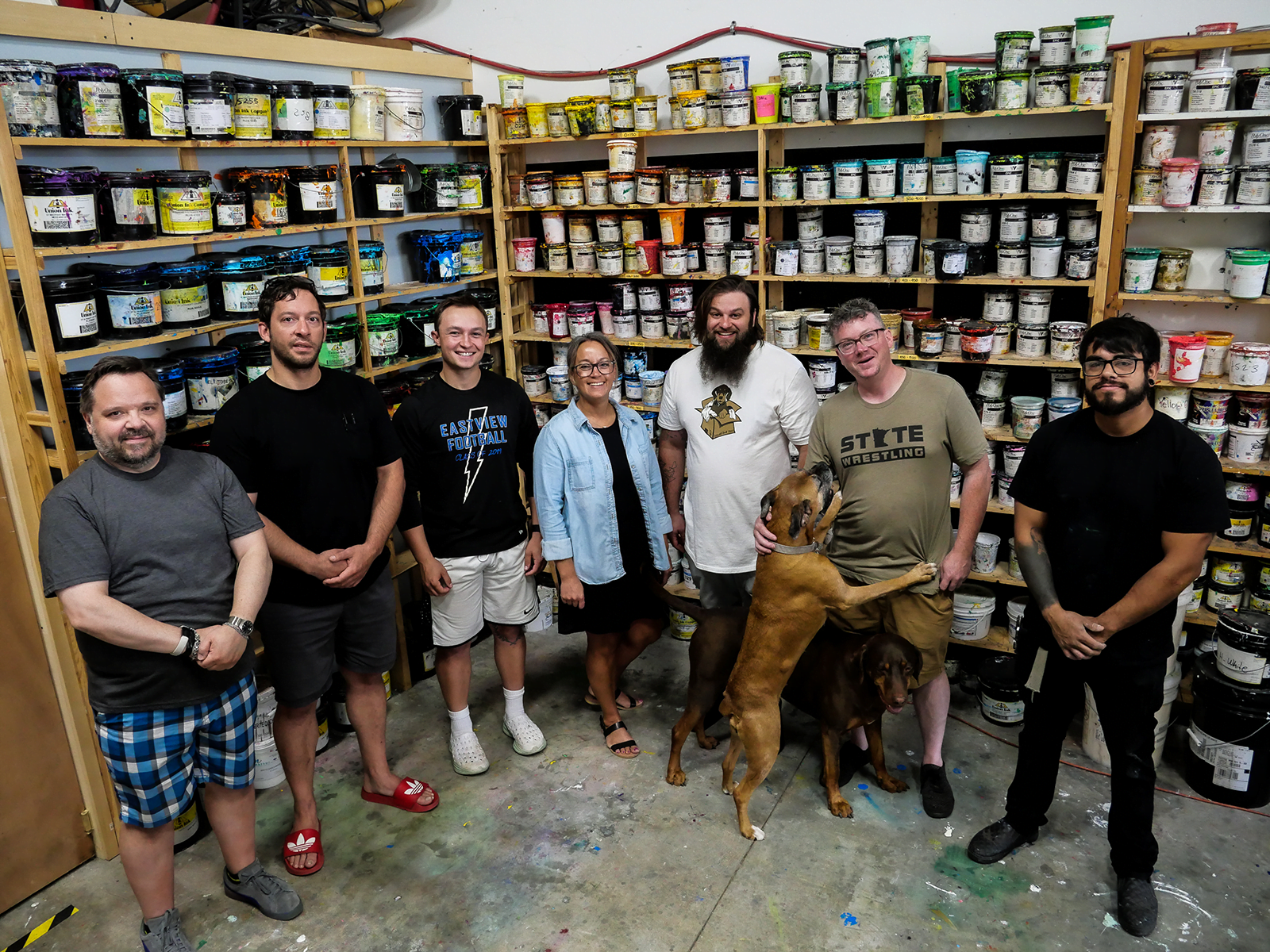 Brown Box Tees is always exploring the newest decoration styles and trends, but we’ll never recommend something we haven’t tried or wouldn’t wear ourselves. We truly care about our customers and our craft.

Before Brown Box, Mikey was a film and television editor for 15+ years, 10 of which were in Los Angeles working in post-production on such projects as; The Shield, Burn Notice, The Craigslist Killer, and Sons of Anarchy. He had his fill of LA and that industry altogether. His heart led him back to Minnesota, where he grew up.

He graduated from Eastview High School in Apple Valley, where his brother still teaches and is the head coach of the Wrestling team. His parents, Mike and Judy, along with many of his siblings and their children still live in the South Metro. Mikey, his partner Stacey, and her daughter Bella have welcomed baby Ursa into their home in Lakeville who was born on lucky 2/2/22. 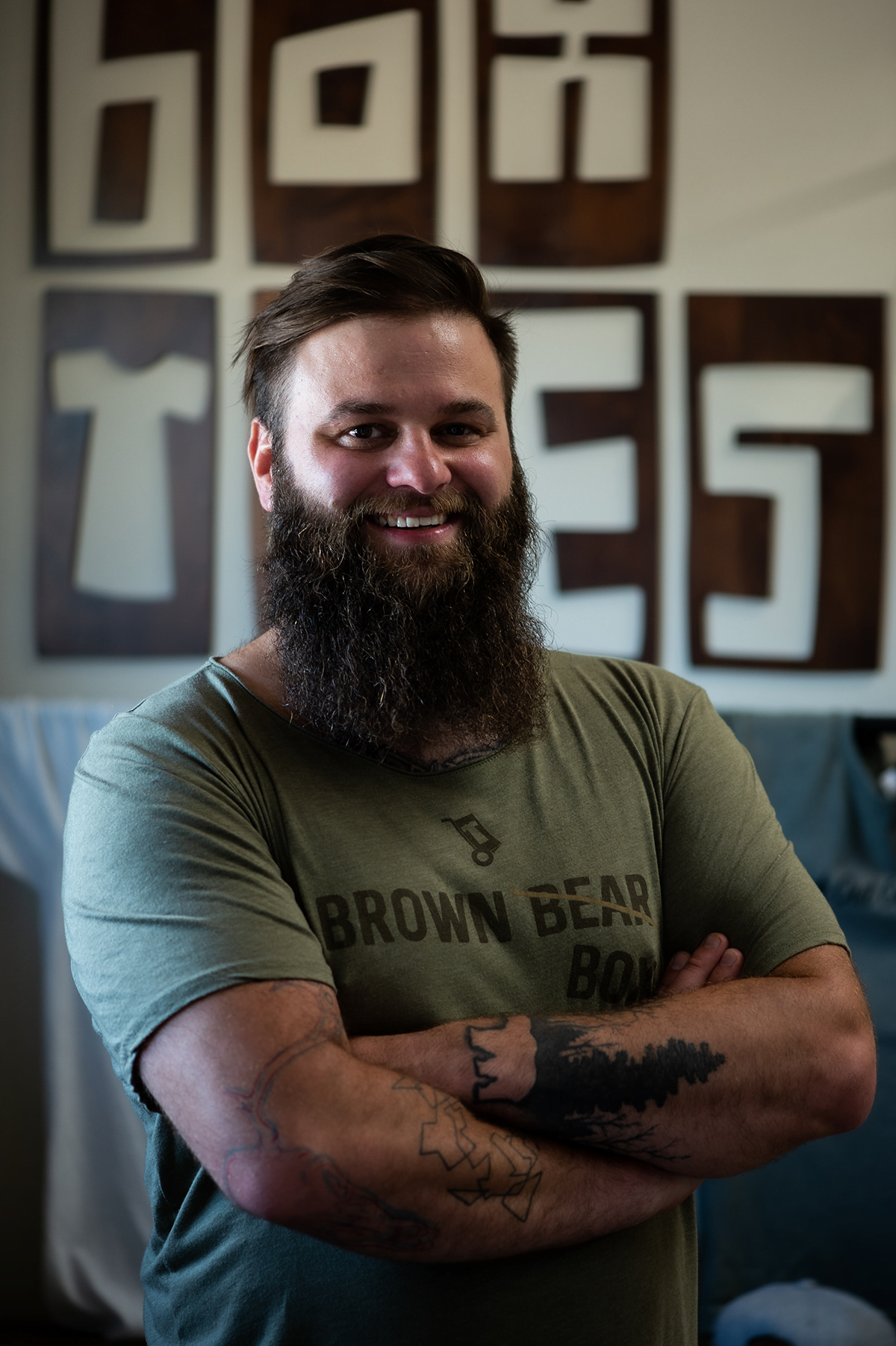